Children love the playground, and New York City certainly has their fair share of playgrounds to choose from. Often they are filled with plenty of children running around happily amongst the swings, jungle gyms and other playground apparatus. But sometimes you might spot a child crying, as a result of sustaining injuries while playing. This could be due to a regular accident, but other times it may be due to negligence on the part of the city for not properly maintaining playground equipment and the grounds. If you feel this has happened to your child, then you’ll want to contact an experienced New York City child injury lawyer. 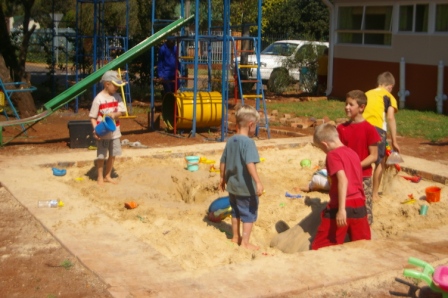 A playground accident lawyer is essentially a personal injury lawyer, but also one who has experience with the many rules, laws and regulations regarding public spaces in New York City such as playgrounds. It is important to retain the services of an attorney who is experienced in such matters in order to ensure that you can effectively prove that negligence was at fault for your child’s injuries.

Sometimes it might not seemingly even be the fault of anyone involved in the playground, but rather that of another party, as in the recent case where an automobile jumped the curb and went through the fence of a playground, injuring

Several children. However, while the driver may of course be at fault, many might argue that a proper barrier between the street and the playground could have also prevented several of the injuries and accidents that occurred. If your child was injured on a playground in any manner, contact a playground accident attorney for a free consultation to discuss the details of your case.

« Were you given the wrong medication? How medical malpractice lawyers in NYC can help
Did a loved one die in a car accident? Let an auto accident lawyer in NYC file a wrongful death suit. »